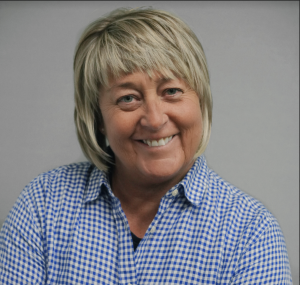 In 2018 Lisa Turner (she/her) became LPAC’s national political director building its current electoral profile as the premier committee supporting LGBTQ+ women candidates running for political office. She has since created LPAC’s award-winning IE operation that has helped elect US Senator’s Tammy Baldwin and Kyrsten Sinema as well as Chicago’s Mayor Lori Lightfoot. In 2019, Turner led the creation and launch of Project LPAC, as the senior director of research, which executed groundbreaking polling data documenting LGBTQ+ women’s civic engagement and participation in elections. She is the President of The Turner Group, Ltd-a political consulting firm where her portfolio of work as a national strategist and media advisor has provided long-term social justice change for progressive campaigns. Throughout her 30 year political career she served many roles such as the DLCC’s first political director; strategic adviser to billionaire philanthropist Jon Stryker; elected Senator Adam Ebbin as the first openly gay legislator in Virginia; served as a consultant to Victory Fund, Gill Action and HRC and most recently as an Obama presidential appointee at FDA -as Associate Commissioner for External Affairs and at USDA-as Chief Communications Officer for Food & Nutrition Service (FNS). She has continuously supported her community since earning her degree in Political Science at Old Dominion University and learning American Sign Language at Tidewater Community College. She is a graduate of the University of Virginia Sorensen Institute of Political Leadership, a member of her civic league and served as the Vice-Chair of the Virginia Beach Democratic Committee.