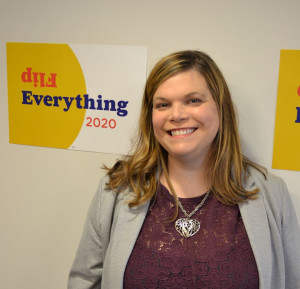 Leslie Martes, a veteran political strategist, serves as the Democratic Legislative Campaign Committee’s Vice President of Political and Strategic Initiatives, working to elect legislators in key states as redistricting approaches after the 2020 election. Prior to joining DLCC, Leslie served as the League of Conservation Voters’ State Electoral Campaign Director, working on strategic political programs with LCV’s network of state leagues to elect climate champion Governors and State Legislators. Leslie also served as the Program and Outreach Director at the Voter Participation Center, registering and turning out the Rising American Electorate. She is also proud to have served as the Director of the North Carolina House Democratic Caucus and has worked on political campaigns at all levels (Presidential, Senate, Gubernatorial, Legislative) in New Hampshire, Iowa, Oklahoma, and Washington State. Born and raised in the Southern California city of El Cajon, Leslie has worked in retail, teaching people to pass the CA life insurance exam, and as a veterinary assistant, along with numerous political internships. She lives in DC with her adorable rescue dog, Benny!