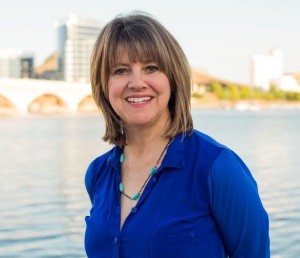 Kuby was recently elected to the Tempe City Council--her first elected office--on a sustainability platform. She is a long-time community leader who has served as an advocate for vulnerable populations and climate-change action. As manager of community engagement for Arizona State University’s Julie Ann Wrigley Global Institute of Sustainability, Kuby has championed urban sustainability practices and solutions and mentored student activists. Kuby is the former chair of the Tempe Democrats, a vice chairwoman of the Arizona Democratic Party. and first vice chair of the Maricopa County Democratic Party. In February 2007, she helped create the grassroots group, Arizonans for Obama and organized Women for Obama in Arizona. She volunteered for Obama 2008 in five states, including Iowa and Nevada. She is a tireless worker for environmental justice, sustainable communities, and renewable energy.