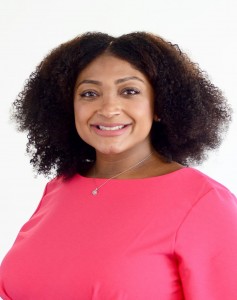 Kiara Pesante Haughton recently joined Civil Rights Corps (CRC) as its first-ever Director of Communications. CRC is dedicated to challenging systemic injustice in the American legal system through innovative litigation by working with individuals accused and convicted of crimes, their families and communities, people currently or formerly incarcerated, activists, organizers, judges, and government officials to challenge mass human caging and to create a legal system that promotes equality and human freedom. Previously, she was the Communications Director for the Democrats on the U.S. House of Representatives’ Committee on Education and the Workforce, where she was one of the youngest senior staffers in the chamber’s Democratic leadership. While there, she led the Democratic Caucus’ communications strategy around the Working Families Agenda and the passage of the Every Student Succeeds Act, in addition to policies to close the achievement gaps in PK-12 education, reform school discipline practices, modernize the juvenile justice system, expand access to Pell Grants and make college more affordable, raise the minimum wage, provide paid sick and family leave for all workers, and more. She was also part of the battleground states press operation for the 2016 Democratic National Convention. Before that role on Capitol Hill, she served as the Southern Regional Press Secretary and National Director of African American Media for the Democratic National Committee during the 2014 election cycle. While there, she led the party's media outreach and messaging efforts in 11 Southern states, working with those state parties, more than 40 campaigns, and embedding in three on-the-ground including Alex Sink for Congress, Charlie Crist for Governor, and Mary Landrieu for U.S. Senate. Prior to that, she was a battleground states radio and TV booker for the 2012 Democratic National Convention, and Communications Director for D.C. Councilmember Mary Cheh and the District’s Committee on Transportation and the Environment. While there, Kiara played an integral role in the expansion of Uber, Car2Go, and streetcar services in the city, along with the modernization of the District’s taxicab fleet. She has also served in various roles at Edelman Public Relations, the Congressional Black Caucus, the Congressional Hispanic Caucus Institute, and WSB-TV in Atlanta. Kiara was named the 2017 Young Woman of Achievement for Politics and Campaigns by the Women's Information Network, was a member of the Women's Campaign School at Yale University's class of 2012, served as the first-ever IMPACT Social Media Fellow in 2011, and was one of 17 individuals selected from across the United States and Canada for the 2010 Google Policy Fellowship. She earned her Master’s in Public Administration from Howard University, where she was a Trustee Scholar. Her thesis focused on how political candidates and elected officials harnessed social media to reach communities of color. She earned her bachelor’s degree in Journalism from Auburn University.