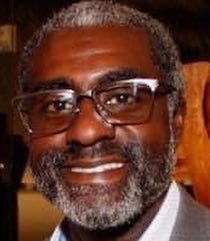 Khari Mosley the political director for 1Hood Media & Director of 1Hood Power an issue advocacy group affiliated with 1Hood Media. He is also the CEO of The Sojourner Group, a public affairs and political consulting firm based in Pittsburgh, Pennsylvania. From 2012 to 2019, he served as regional programs manager for the BlueGreen Alliance, a coalition of 14 of our country’s largest unions and environmental organizations. From 2009 to 2012, he served as the Director of Green Economy Initiatives for Grounded Strategies (formerly GTECH Strategies). He also served as national political director for the League of Young Voters; national policy director for League of Young Voters Education Fund, respectively from 2005 to 2009. Khari Mosley had 20 years of experience working on non-partisan, advocacy and candidate campaigns in Pennsylvania and around the country, with a range of clients including: former PA State Representative Tony Payton Jr., Pittsburgh City Councilman R. Daniel Lavelle, PA State Representative Jake Wheatley, School Board Director Sala Udin and PA State Supreme Court Justice Kevin Dougherty. His work as chief strategist for Allegheny County Controller Chelsa Wagner’s victorious 2015 re-election campaign earned 3 nominations from Campaign and Election’s prestigious Reed Awards. He was the Democratic Chairman of Pittsburgh’s 22nd Ward from 2004 to 2010. Khari currently serves as a democratic committeeman in Pittsburgh’s 14 th ward. He has received numerous awards for his civic engagement work from: Pittsburgh Magazine, the League of Women Voters, A. Phillip Randolph Institute, former Pennsylvania Governor Ed Rendell, Penn Future and the New Pittsburgh Courier. Khari attended Indiana Univ of PA where he studied political science. He lives in Pittsburgh, with his wife the Honorable Chelsa Wagner, a Allegheny County Court of Common Pleas Judge , and their sons Thaddeus and Isaiah.