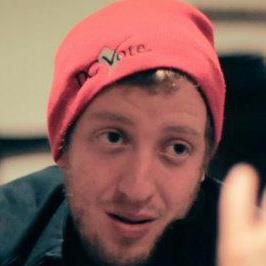 Kelly Mears is Chief Technical Officer at Other 98%. As a founding organizer of Occupy DC, Kelly trained dozens of “non-techies” in web development and livestreaming, and organized “hackathons” with groups around McPherson Sq., including a project providing a mesh network wireless access point to the park. In late 2012, Kelly gained national attention when he embarked upon a hunger strike to raise awareness about DC voting rights. Kelly grew up splitting his time between family in Elkins, West Virginia and Myrtle Beach, South Carolina. He graduated from Bard College in New York in 2009. When not programming, Kelly often finds himself drinking water and eating food, like all carbon-based life. He’s somewhat concerned about the sustainability of this practice, but in the meantime also finds himself making noise, considering the absence of meaning, and loving to the best of his abilities.