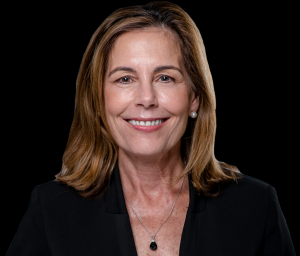 Attorney General Kathy Jennings was sworn in on January 1, 2019 and serves as Delaware’s 46th Attorney General. As a prosecutor for the Delaware Department of Justice, Kathy prosecuted scores of domestic violence, sexual assault and homicide cases. She worked with the FBI, New Castle County, and Delaware State Police to identify, arrest and prosecute a serial killer who tortured and murdered five women. This case marked the first time that DNA analysis was admitted into evidence in a Delaware Court. After years of service in the office, Kathy was named Delaware State Prosecutor and later went on to serve as Chief Deputy Attorney General for the Delaware Department of Justice under Attorney General Charles Oberly. While serving as Chief Deputy Attorney General, she helped create the Consumer Fraud Division, giving consumers strong protections against fraud and abuse. Kathy returned to the Delaware Department of Justice in 2011 to serve as State Prosecutor under Attorney General Beau Biden and later under Attorney General Matt Denn. Under their leadership, Kathy successfully sought legislation to end mandatory life sentences for people convicted of drug crimes and to restore driving privileges for people with drug convictions to enable them to work. During her tenure, Kathy worked with others to form the Crime Strategies Unit, whose focus is to engage with communities hardest hit by violent crime and blight to solve problems and restore trust. Kathy also worked with police chiefs to formulate Delaware’s model policy for police worn body cameras and secure funds to provide the lifesaving drug Narcan to police agencies statewide. As Delaware’s Attorney General, Kathy Jennings is focused on making Delaware a safer place to live and raise our children, making the justice system fair and equal for everyone, and combating the opioid epidemic.