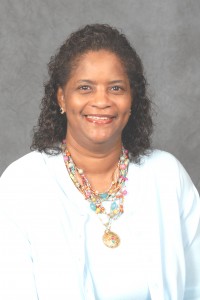 Katherine T. “Kathy” Egland chairs the Environmental and Climate Justice Committee for the National Board of Directors of NAACP. She provides leadership development of the organization's environmental and climate justice policies. Her committee is charged with the governance responsibility of raising awareness of environmental and climate issues from a civil rights, social justice and equity perspective. Kathy also provides NAACP Board oversight for NAACP ECJ publications, toolkits and training. As a residence of Gulfport, Mississippi, she survived Hurricane Katrina and was instrumental in the restoration efforts in its aftermath. She endured the BP Deepwater Horizon Gulf Oil Spill in 2010, which contaminated the Mississippi Gulf Coast waters located a few blocks of her home. Kathy’s home is located less than four miles from Plant Jack Watson, a former coal fired plant which scored a failing D- on the NAACP’s ‘Coal Blooded’ Report. She organized community trainings and joined forces with The Sierra Club and other organizations, in efforts which led to the plant’s cessation of its coal burning operation in April 2015. This coalition has also led efforts promoting net-metering; commented on Mississippi Department of Environmental Quality’s Proposed State Implementation Plan Amendments in Response to EPA’s Startup, Shutdown, and Malfunction SIP Call, which led to revisions; and submitted testimony before the Public Service Commission opposing a rate increase to fund a portion of the cost of a failed carbon capture sequestration in Kemper County, Mississippi. She is also co-founder of the Education, Economics, Environmental, Climate and Health Organization (EEECHO), a Gulf Coast grassroots coalition of diverse, consensus-based group of educational, economics, health, environmental justice, climate justice, religious, and policy advocates and professionals that represent the interest of building better communities.