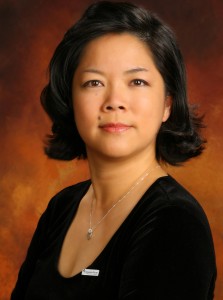 Kathay Feng is the Executive Director of California Common Cause (CCC), which championed and won major reforms to put the power to redistrict in citizen hands, create Online Voter Registration, and adopt Same Day Registration in California. Under her leadership, CCC exposed $14 million in out-of-state dark money in the 2012 Election and is now advocating for stronger sunshine and disclosure laws. CCC has also anchored California’s Election Protection efforts, passed resolutions throughout the state to support a Constitutional Amendment to overturn Citizens United, and strengthened Los Angeles City’s public campaign finance system. Kathay is President of the LA County Human Relations Commission and serves on the LA 2020 Commission. She is a graduate of Cornell University and UCLA School of Law.