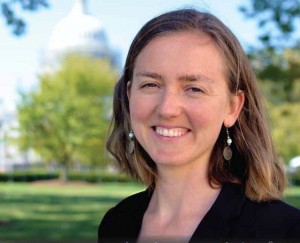 Kate Gould is the Legislative Representative for Middle East Policy at the Friends Committee on National Legislation, a Quaker lobby in the public interest in Washington, DC. Gould was profiled in 2015 as the "Quaker Lobbyist Behind the Iran Deal Fight," by Congressional Quarterly, an outlet with readership that includes 95% of members of Congress. Gould's analysis on Middle East policy has been published in New York Times, the Washington Post, USA Today, The Guardian, CNN, Reuters and other national outlets. Gould has appeared as an on-air analyst for various TV and radio programs, including the O'Reilly Factor on Fox News, The Thom Hartmann Show and The Real News Network. Gould is a Political Partner at the Truman National Security Project and also serves on the board of Churches for Middle East Peace. You can follow her on twitter @k8gould.