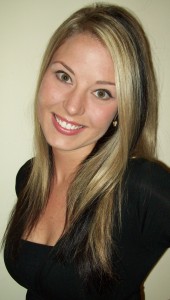 Kassi Underwood is a writer whose work has appeared in The New York Times, The Atlantic online, The Rumpus, Guernica, Exhale's Pro-Voice Blog, and elsewhere. She received Exhale's 2012 Pro-Voice Storyteller Award, along with multiple fellowships from Columbia University, where she earned her M.F.A. in literary nonfiction and taught gender studies in the Undergraduate Writing Program. As an Exhale Pro-Voice Fellow, Kassi shared her abortion story and taught Pro-Voice 101 at colleges, churches, and theaters across the country. She continues to speak nationwide and has been featured in New York Magazine and Upworthy.com. She has appeared as a guest on MSNBC’s “Melissa Harris-Perry Show,” HuffPost Live, and Fusion’s Alicia Menendez Tonight. Kassi hosts The Freerange Nonfiction Reading Series in Manhattan's Lower East Side and lives near Boston, where she is working on her first book.