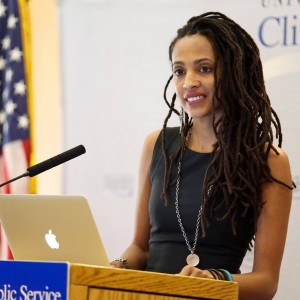 Kamilah Willingham is a feminist writer, speaker, activist, and consultant dedicated to gender equality and civil rights. She was featured in the 2015 campus sexual assault documentary "The Hunting Ground" in which she told her story of surviving sexual assault while studying at Harvard Law School. Kamilah now speaks regularly at campuses, organizations, and conferences throughout the United States. Her writing has been featured in The Huffington Post, The Harvard Law Record, and the book We Believe You: Survivors of Campus Sexual Assault Speak Out. She most recently worked as a Program and Outreach Director at the California Women’s Law Center and previously worked for Just Detention International (JDI), a nonprofit organization dedicated to ending sexual abuse in prisons and jails. Kamilah is a graduate of Harvard Law School and received her B.A. in English Literature from Pomona College.