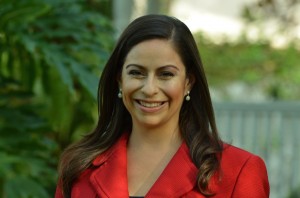 Judy Pineda Neufeld is an organizational and leadership development consultant, working specifically with organizations that empower women and girls across the country. She is passionate about making teams stronger and organizations more efficient and productive. She has led organizations through complex strategic planning processes, transformative culture change, and has helped to reorganize, rebrand, and revise mission, vision, and values for nonprofits and political organizations. Judy has also held several roles with Emerge America, an organization that recruits, trains, and provides a powerful network for Democratic women running for office in seventeen states (and counting). An alumna of the program, Judy went on become the executive director of the Massachusetts affiliate, increasing the size and diversity of the classes and successfully designing and implementing the first candidate training bootcamp program 2012, which is now replicated across the Emerge network. In 2013, Judy became the vice president of the national organization and served for eight months as its interim president. Most recently, she served as senior advisor, helping to support current state affiliates and advise on the strategy for expansion into new states. She is currently working with Emerge America to organize and conduct five Regional Bootcamp trainings for women for office all across the country. Before starting as the executive director of Emerge Massachusetts, she was the Manager of Recruitment and Community Partnerships at Big Sister Association of Greater Boston, the largest and oldest mentoring organization in Greater Boston exclusively serving girls. While at Big Sister, Judy managed all volunteer and child recruitment for the agency, developed a Diversity Council to recruit more women of color, and created a thriving Alumnae Association. Judy has worked on numerous political campaigns during her time in Massachusetts, and now in Florida. She is the former Co-President for the Massachusetts Chapter of the National Organization for Women and chaired their Political Action Committee in 2010. An avid (and new!) runner, Judy has completed eleven half-marathons and counting and is currently attempting a year-long run-streak in 2017. Judy graduated from Tufts University and just completed her MBA at the Rollins College Crummer Graduate School of Business in Orlando, Florida. She lives in Somerville, Massachusetts with her cat Pumpkin.