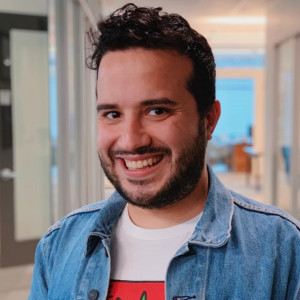 Juan Escalante’s parents fled Venezuela in the year 2000, with Juan and his two brothers in tow, for the United States following the election of Hugo Chavez. In 2006, an immigration attorney mishandled the Escalante’s case, which led them to lose their immigration status despite “waiting in line” while paying taxes and immigration fees. By the time President Obama announced the Deferred Action for Childhood Arrivals (DACA) program in 2012, Juan had graduated from Florida State University with a political science degree and had helped spearhead some of the digital tactics used across in immigration-related campaigns across the country. Thanks to DACA, Juan was able to return to FSU and obtained a master’s degree in public administration in 2015. He has remained a fierce and relentless advocate for immigrant rights. A renowned and nationally recognized digital strategist, Juan currently enjoys the protections of the DACA program while leading state and national efforts to pass sensible immigration legislation. Escalante’s work has been highlighted and published in a wide range of publications, including The New York Times, USA Today, Univision, and CNN. He serves as the Digital Campaigns Manager at FWD.us, a DC-based organization focused on immigration and criminal justice reform and currently resides in Washington D.C., where he works to ensure the DACA program continues to protect an estimated 700,000 immigrant youth from deportation.