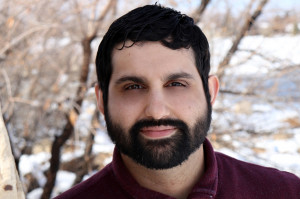 In 2019, after years of grassroots organizing, Juan ran for Aurora City Council Ward 4 – and with the help of hundreds of local volunteers and supporters, endorsements from organizations like Colorado People’s Action, Denver Democratic Socialists of America, Denver Area Labor Federation, Colorado Black Women for Political Action, and thousands of doors knocked – he won! Juan took his oath to serve Aurora in December 2019 and had to hit the ground running before he even sat down behind the dais. Since arriving in office only 7 months ago, Juan has risen to the challenge of 2020 and tirelessly committed himself to serving his constituency. Aurora has been the center of local and national tragedy almost constantly since before Juan was elected; as one of the state of Colorado’s largest epicenters of Coronavirus spread, Juan was a champion for masking and public health early in the year, only to be challenged by his right-wing counterparts AND centrist Democrats. The State of Colorado finally put a mask mandate in place in July, after months of Juan’s advocacy for public health. Juan has also led public conversations about eviction relief and sponsored legislation to create more housing options to help alleviate the coming housing crisis exacerbated by COVID-19. Only months before Juan was elected, Aurora also gained national attention for the beating, drugging, and death in police custody of a young black man, Elijah McClain. Although the tragedy occurred before Juan took office, he has spent much of his first seven months in office advocating for the McClain family, the community, and radically transforming policing. Juan has been attacked by his right-wing colleagues for attending protests and protecting constituents from police brutality. Juan is currently working on and plans to sponsor legislation that would prevent police from using chokeholds, prohibit the use of sedatives within the context of law enforcement activity, and demilitarize the Aurora Police Department. He also plans to advocate for reallocating large portions of the bloated police budget to community services that proactively reduce crime and create a safer environment for Aurora’s families. Juan’s campaign motto was “¡Siempre pa'lante!” or “Always forward!”, so Juan is particularly excited to be invited to be part of this conversation, because he understands how much community partnerships are necessary to create real change after reaching elected office. The last seven months have not been easy, and Juan has faced challenges he never imagined before running for office – he is honored to share his stories and to work with attendees to build power, and create real change as a part of this Progressive movement. ¡Siempre pa'lante!