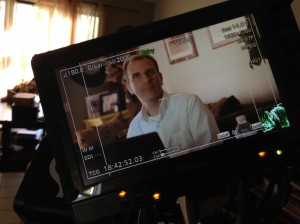 Jordan Flaherty is an award-winning journalist, producer, and author. His print journalism has been featured in publications from the New York Times to Colorlines, as well as in seven anthologies. He has been a guest on shows from Anderson Cooper 360 on CNN to Democracy Now, and he has produced television documentaries and news reports for Al Jazeera America, Al Jazeera English, and teleSUR. He played himself on HBO’s television series Treme, and he was a target of the New York City Police Department’s spying programs. He is the author of Floodlines: Community and Resistance from Katrina to the Jena Six, and the new book No More Heroes: Grassroots Responses to the Savior Mentality.