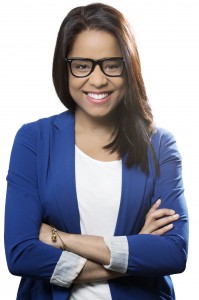 Johanny is the Associate Director of Latino Media and Communications at Planned Parenthood Action Fund. As a bilingual communications strategist and Spanish-language spokeswoman for Planned Parenthood Action Fund, Johanny focuses on engaging Latino and Spanish-speaking audiences across the country. Prior to joining Planned Parenthood, Johanny was a Senior Account Executive at GMMB, an issue-advocacy communications firm in Washington, DC, where she developed advertising and communications strategies for leading nonprofits, foundations, and corporations. While pursuing her undergraduate degree, Johanny served as a media affairs intern in the Obama White House. She also worked as an anchor and reporter for Noticias-WUFT, a Spanish-language newscast broadcast across 19 counties through Florida's NPR affiliate member stations. In 2012, Johanny gave a speech about higher education and immigration on the main stage of the Democratic National Convention. She earned her bachelor’s degree in Journalism from the University of Florida.