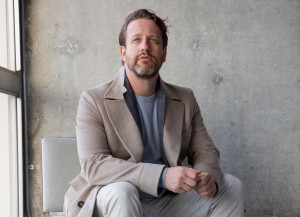 Joe Sanberg is a progressive champion, successful entrepreneur, and a national leader in the fight against poverty. He has been one of the nation’s leading advocates for the Earned Income Tax Credit (EITC) for low-income families. In 2015, he successfully lobbied legislators in his home state of California to create the state’s first EITC. This led him to create CalEITC4Me, a community organizing program that has connected working California families with more than $4 billion of state and federal Earned Income Tax Credits. In 2018, Joe founded Working Hero PAC, a national, people-powered political organization launched to support elected leaders and candidates who champion policies that will help #EndPoverty. He later created Working Hero Action to expand his successful model of EITC outreach beyond California, and advocate for policies that will help all Americans afford their basic needs. Joe is Co-Founder of Aspiration.com, an online financial institution that empowers people to bank, invest, and spend in accordance with their values. He also serves on the board of the Economic Innovation Group and the Jefferson Awards Foundation, and on the Board of Trustees of the University of California, Riverside School of Public Policy.