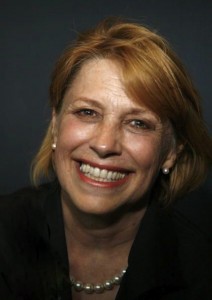 Joan Brooker-Marks, MA, Ed.M, was a television writer in Los Angeles, working on such shows as 'Designing Woman', 'McGyver', and 'Full House'. She currently teaches writing and documentary filmmaking at the School of Visual Arts. Joan is the director of two award winning short documentaries, 'We Got Us' and 'The Loud Ladies of South Fork', and the feature documentary, 'Larry Flynt: The Right to be Left Alone'. Her recent documentary, 'The Silent Truth', profiles the tragic death of Private LaVena Johnson and will be released this summer. The film received numerous grants, including NYSCA and the Visual Arts Foundation. Joan’s films have shown in festivals world-wide and have been distributed domestically and internationally, and broadcast by both IFC and PBS. She has been a member of SAG, WGA, AEA, and NYWIFT.