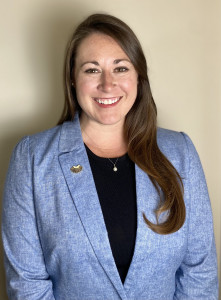 Jesse Kelley is a National Campaign Manager with the Clean Slate Initiative. She is responsible for managing state-level campaigns in an organization focused on expanding and automating the criminal record clearing process. Previously, Jesse served as Government Affairs Manager for Criminal Justice & Civil Liberties at the R Street Institute, where she advocated, researched, and drafted policy papers relating to policing reform, juvenile justice, reintegration, post-conviction life, and related topics. Earlier in her career, Jesse served as legislative counsel at the Marijuana Policy Project. She led the development and implementation of state advocacy initiatives and saw decriminalization and legalization successes across the country. Jesse practiced law as a criminal defense attorney in Alabama and worked with the Mississippi Innocence Project on post-conviction issues, specifically investigating cases where convictions relied heavily on forensic evidence. Jesse graduated magna cum laude from Troy University with a bachelor’s degree in English literature. She also holds a Juris Doctor from the University of Mississippi, with a concentration in international law from Cambridge University, and is a member of the Alabama State Bar. Jesse lives in Washington, DC, with her husband, Alex, and their dog, Frank.