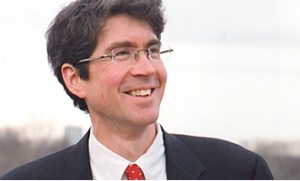 John Bonifaz is the Co-Founder and President of Free Speech For People, a national campaign that works to renew our democracy and our United States Constitution for we the people, not big money and corporate interests. Free Speech For People catalyzes and advances the movement to amend the U.S. Constitution to overturn the Supreme Court’s Citizens United and Buckley v. Valeo rulings and the fabrication of corporate constitutional rights, and the campaign engages in legal advocacy to confront the doctrines underlying the Citizens United and Buckley decisions. John Bonifaz previously served as the executive director and general counsel of the National Voting Rights Institute (NVRI), an organization he founded in 1994. Mr. Bonifaz also previously served as the legal director of Voter Action, a national election integrity organization. Mr. Bonifaz has been at the forefront of key voting rights battles in the United States for more than two decades: pioneering a series of court challenges, applying political equality principles, that have helped to redefine the campaign finance question as a basic voting rights issue of our time; initiating and leading a legal strategy for revisiting Buckley v. Valeo in the courts; leading the fight in the federal courts in Ohio for a recount of the 2004 presidential vote in that state; and prevailing in federal court in Pennsylvania on the eve of the 2008 election in an emergency paper ballot case. He is the co-author with American University Law Professor Jamin B. Raskin of two seminal law review articles (Yale Law & Policy Review-1993 and Columbia Law Review-1994) and of The Wealth Primary: Campaign Fundraising and the Constitution, published by the Center for Responsive Politics in 1994, all of which argue that the current campaign finance system violates the Equal Protection rights of non-wealthy candidates and voters. In addition to his work in the field of voting rights and democracy advocacy, Mr. Bonifaz served as lead counsel in 2003 in a federal court case brought on the eve of the Iraq War against then-President George W. Bush and then-Secretary of Defense Donald H. Rumsfeld, which challenged the military invasion as illegal under the War Powers Clause of the US Constitution. He is the author of Warrior-King, published by Nation Books in 2004 with a foreword by Congressman John Conyers, Jr., which chronicles the case and its implications for our Constitution. Mr. Bonifaz has also served as co-counsel in international human rights and environmental litigation, including litigation to hold the Chevron-Texaco oil company accountable for its widespread destruction of the Ecuadorian Amazon. From January through September 2006, Mr. Bonifaz ran as a Democratic candidate for Massachusetts Secretary of State, garnering nearly 130,000 votes in a primary fight against a 12-year incumbent. Mr. Bonifaz is a 1992 cum laude graduate of Harvard Law School and a 1999 recipient of a MacArthur Foundation Fellowship. He has written and spoken extensively across the country on pressing democracy and voting rights issues facing the nation today.