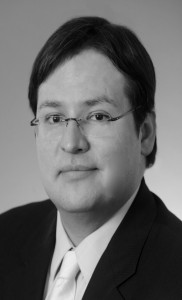 James A. Ferg-Cadima has built his career advancing civil rights and civil liberties legislation at the federal, state, and local level. Mr. Ferg-Cadima heads the Washington, DC office of MALDEF, which is often described as the “law firm of the Latino community.” He currently co-chairs the Education Task Force of the Leadership Conference on Civil and Human Right, a coalition of 200 civil rights organizations. Before rejoining MALDEF in 2010, he served as legislative counsel for the ACLU of Illinois; a judicial clerk for the Northern District of Illinois; a racial justice fellow at the Advancement Project; and a Marshall-Brennan fellow teaching constitutional literacy in the DC Public Schools for two years. Harvard Law School awarded him a Wasserstein Fellowship in 2008 and the Hispanic Bar Association of the District of Columbia awarded him the Hugh A. Johnson, Jr. Memorial Award in 2012, both in recognition of his dedication to public interest law.