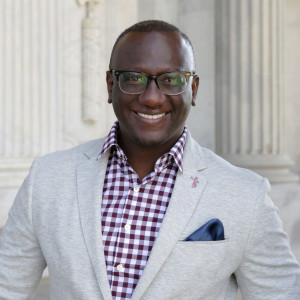 Jamarr Brown (he/him/his) serves as the Director of Electoral Programs at re:power. Jamarr stewards and grows c4 partnership strategies and develops and oversees a portfolio of electoral and public leadership programs on behalf of re:power. He has over 10 years of experience working as a political strategist, healthcare advocate, trainer, and nonprofit leader. Prior to joining re:power, he served as the National Training Director for Tom Steyer’s presidential campaign, where he led a national leadership development program for staff, volunteers, community leaders and issue advocates. Jamarr served as the Organizing & Training Director for Planned Parenthood Texas Votes (PPTV). In that role, Jamarr managed the statewide leadership development, public affairs, grassroots organizing and issue and electoral campaign work in conjunction with Planned Parenthood affiliates in Texas. Under his leadership, the number of Planned Parenthood supporters across Texas grew by 600,000 and the organizing team trained over 3,000 activists to advocate for the full spectrum of reproductive rights and services.