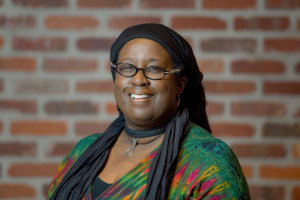 Jacqueline Patterson is the Senior Director of the NAACP Environmental and Climate Justice Program. Since 2007 Patterson has served as coordinator & co-founder of Women of Color United. Jacqui Patterson has worked as a researcher, program manager, coordinator, advocate and activist working on women‘s rights, violence against women, HIV&AIDS, racial justice, economic justice, and environmental and climate justice. Patterson served as a Senior Women’s Rights Policy Analyst for ActionAid where she integrated a women’s rights lens for the issues of food rights, macroeconomics, and climate change as well as the intersection of violence against women and HIV&AIDS. Previously, she served as Assistant Vice-President of HIV/AIDS Programs for IMA World Health providing management and technical assistance to medical facilities and programs in 23 countries in Africa and the Caribbean. Patterson served as the Outreach Project Associate for the Center on Budget and Policy Priorities, and Research Coordinator for Johns Hopkins University. She also served as a U.S. Peace Corps Volunteer in Jamaica, West Indies. Patterson holds a master’s degree in social work from the University of Maryland and a master’s degree in public health from Johns Hopkins University. She currently serves on the Steering Committee for Interfaith Moral Action on Climate, Advisory Board for Center for Earth Ethics as well as on the Boards of Directors for the Institute of the Black World, The Hive: Gender and Climate Justice Fund, the American Society of Adaptation Professionals, Greenpeace, Bill Anderson Fund, People’s Solar Energy Fund, and the National Black Workers Center Project.