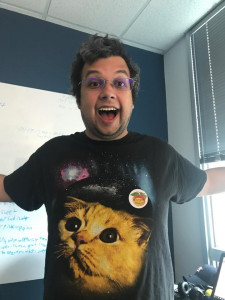 Jack DeLapp has served as the Director of Campaigns, Data, and Analytics at Fair Fight, where he helped develop data-driven strategies and programs for electoral and voter protection efforts in Georgia and around the country. In 2018, he served as the Data and Analytics Director for Stacey Abrams for Governor, where he led a team that developed the strategy, targeting, and reporting for the largest mobilization program ever seen in the state of Georgia. Prior to this, he worked with NextGen America, first as the Iowa Data Director during the 2015 caucus, and later as the National Data and Analytics Director in 2016, where he worked to mobilize young voters on college campuses to turn out in the general election in seven key states. A native of Houston, Texas, he additionally served as Deputy Data Director on the re-election campaign for Senator Kay Hagan in North Carolina in 2014 and as a legislative field organizer in Tucson, Arizona in 2012.