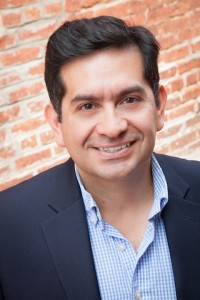 Isaac Salazar is a founding partner of LPS Campaigns (formerly Local Politechs Strategies). Isaac has worked on a number of campaigns dating back to his first position as a field organizer for Chris Van Hollen’s first congressional campaign in 2002. Since then, Isaac has worked in Maryland campaigns for Ben Cardin’s U.S. Senate campaign in 2006 and 2012 and as Communications Director for the Maryland Democratic Coordinated Campaign in 2010. Salazar also worked as aide in the U.S. House of Representatives and U.S. Senate for U.S Senator Ben Cardin and U.S. Senator Paul Sarbanes. Isaac has non-profit experience at Enterprise Community Partners, a national non-profit affordable housing organization, where he developed the organization’s social media presence and its first-ever social media strategy. Isaac also has private sector experience as a Senior Account Executive at Hager Sharp Inc., a communications firm with a mission: to help people live healthier, smarter, safer lives. Salazar provided digital strategy for Hager Sharp to support its health, education and public safety clients with “communications that make a difference.” Isaac is involved with a number of associations and organizations including the American Association of Political Consultants, the Latino Democratic Club of Montgomery County (Past President), and the St. Mary’s College of Maryland Alumni Association (Washington D.C. Chapter). Isaac is a 2002 graduate of St. Mary’s College of Maryland.