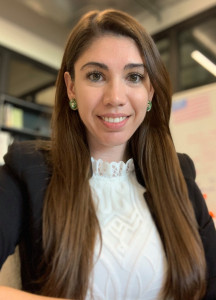 Iman Awad is the Deputy Director at Emgage, an organization focused on uplifting Muslim Americans. She works on the national policy portfolio that includes protecting global human rights as well as improving domestic policies for Muslim Americans. Prior to her current role, she was appointed by Governor Martin O’Malley to lead the nation’s first state-level Commissions on Middle Eastern and Continental African Affairs. She was responsible for developing policies to address the needs and concerns of these communities. Her work led to the first MOU with Baghdad, Iraq through Sister Cities International, and she was selected for the team responsible for planning the Governor’s international mission to the Middle East. Iman is a current student at the Johns Hopkins School of Advanced International Studies and received her B.S. in Political Science and Economics from Loyola University, Maryland. Notably, she was named 2020 Middle Eastern and North African American National Security & Foreign Policy Next Generation Leader by New America and is a Political Partner at the Truman National Security Project.