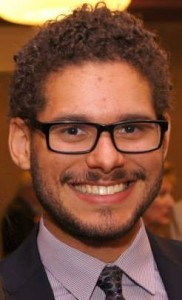 Howard Watts III is the Program Director for Movement 2016, a new platform to direct a portion of political spending to non-partisan movement-building groups across the country. Starting as a volunteer for the Progressive Leadership Alliance of Nevada (PLAN) in 2007, he worked his way to Field Director while completing a BA in Political Science at UNLV. Howard led successful electoral campaigns that registered over 10,000 voters and had GOTV conversations with over 50,000 people. He used those tactics to help advance corporate accountability on the state's mining industry and pass a suite of fully LGBT-inclusive anti-discrimination laws, and used advocacy and direct action to support racial equity, economic justice, and voting rights. After the 2014 election, Howard left PLAN and began helping nonprofits fill strategic needs and complete special projects as an independent consultant. He helped launch Nevada's State Voices table, and served on the board of Pushback Network.