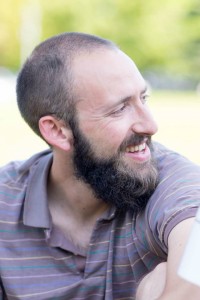 Henry Kraemer is the Program Director for the Bus Federation, a network of grassroots community organizations of young people, by young people, for all people. At 20, Henry helped found Students for Barack Obama and ran field for a US Senate campaign. Entering the democracy nonprofit world, Henry served as Political Director of the Oregon Bus Project, running voter registration drives, field organizing campaigns and legislative advocacy. As a youth advocate, Henry has helped pass bills to expand voting rights, including playing a key role in crafting & passing Oregon's landmark automatic voter registration law. In his role with the Bus Federation, Henry provides organizing, advocacy, and organizational development support for Bus affiliates, and supports voting rights advocacy across the country. When not Bussin' Henry tries to get better at running and worse at watching the same four shows on Netflix over and over again.