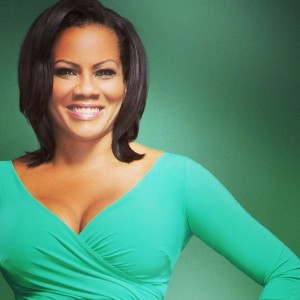 Goldie Taylor is a veteran opinion writer, public policy analyst and cable news contributor. Regularly featured in print and digital publications, as well as on a bevy of local and nationally syndicated radio programs, in recent years she has emerged as nationally recognized thought leader on social justice, gun violence, marriage and wage equality, healthcare, poverty, and environmental stewardship. Today, Taylor is senior editor and social justice columnist at Blue Nation Review. She has contributed analysis and opinion to The Daily Beast, Salon, Atlanta Journal-Constitution, Huffington Post, St. Louis Post-Dispatch, Creative Loafing, TheGrio.com, CNN.com, MSNBC.com, Essence and Ebony Magazine, among others. Featured on major broadcast and cable news networks, Taylor also periodically publishes FaultLines JPS, an online blog devoted to political and social issues. A former contributor for MSNBC, CNN and HLN, Taylor got her start as a staff writer at the Atlanta Journal Constitution and has been a working journalist, political and corporate communications strategists for nearly 25 years. She is a sought-after public speaker and guest lecturer and has addressed audiences at— among others— the National Center for Civil and Human Rights, Harvard University, Morehouse College, Emory School of Law, National Association of Black Journalists, and the University of Missouri School of Journalism.