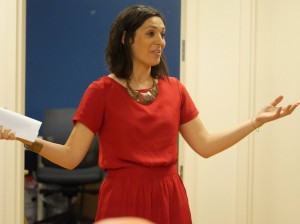 Erin brings over a decade of experience in movement-building, digital technology and advocacy to her work, having worked with social and political movements around the world, including in Turkey, India, and Albania. Before starting Rhize, Erin worked at Purpose, a social enterprise that incubates and launches global social movements. Prior to this, Erin worked for President Obama’s 2008 election campaign and went on to serve as the Youth Advisor at the U.S. Agency for International Development (USAID), where she helped author the first global policy on youth development and made youth a central part of the Agency’s broader development efforts. Erin began her career as a youth advocate as the Co-Founder and Executive Director of STAND, a leading organization in the anti-genocide advocacy movement that became one of the largest student organizations in the country, with over 800 high school and college chapters nationwide.