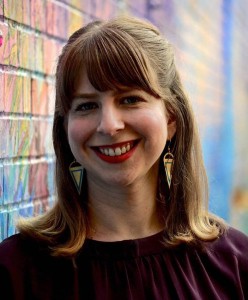 Erica Sagrans is an organizer and progressive campaign strategist. She was the digital director of MoveOn.org's 2016 presidential campaign to stop Trump, and has served as Regional Digital Director for the 2012 reelection campaign for President Barack Obama, and an advisor to the Mozilla Foundation, People's Action, United Working Families, and SEIU Healthcare. She was the director of Ready for Warren, a grassroots political action committee organized to draft Senator Elizabeth Warren to run for president and push the 2016 narrative to the left. Sagrans managed the successful campaign of Will Guzzardi for State Representative, yielding an upset against a 12-year incumbent backed by the Chicago political machine. She edited the anthology We Are Wisconsin: The Wisconsin uprising in the words of the activists, writers, and everyday Wisconsinites who made it happen. Erica serves on the board of In These Times magazine in Chicago.