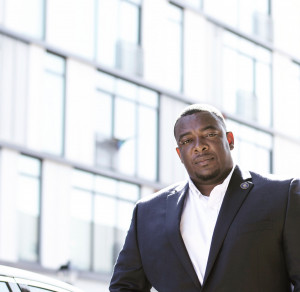 Eric Paulk is a lawyer and advocate working on issues impacting LGBTQ communities and communities of people living with and vulnerable to HIV acquisition. He serves as Deputy Director at Georgia Equality where he oversees all day-to-day operations, developing and managing local, state, and federal policy and advocacy activities that advance equity and fairness for LGBTQ communities and improves public and private responses to the HIV epidemic. Prior to joining Georgia Equality, Eric served as the Tyron Garner Fellow at Lambda Legal, the oldest and largest organization dedicated to advancing the civil rights of lesbians, gay men, bisexuals, transgender people and individuals living with HIV. At Lambda Legal, Paulk’s work focused on HIV law and policy initiatives with an emphasis on legal issues disproportionately impacting Black LGBTQ communities. Eric has spoken at leading law schools and national advocacy conferences on HIV criminal justice reform, the impact of the school-to-prison pipeline on Black queer youth, and the intersections of race, poverty, HIV, and LGBTQ issues. He serves on the board of the Atlanta Harm Reduction Coalition, the Equality Federation, and the ProGeorgia Civic Engagement Table, a non-profit coalition of more than 30 voter engagement groups throughout the State of Georgia working to ensure access to the vote for historically marginalized communities. He is a former New Leadership Council Fellow and former Victory Institute Victory Empowerment Fellow. Most recently, Eric was named as one of the 100 most influential LGBTQ+ Georgians by the Out Georgia Business Alliance and as one of state’s top 40 leaders under 40 by Georgia Trend Magazine. Mr. Paulk is a graduate of Morehouse College and received his law degree from Pace University Law School. Eric is currently serving an 18-month term as a Soros Justice Fellow where he is focused on creating a network of Black HIV Movement Lawyers to support and advocate for communities of people living with HIV.