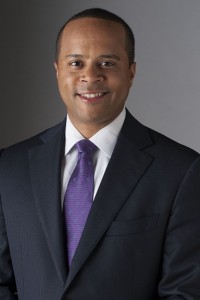 Eric R Brown, a biology teacher in Evanston, Illinois, was elected to the National Education Association’s (NEA) Executive Committee in July 2015 for a three-year term. The NEA Executive Committee includes the NEA president, vice president, and secretary-treasurer, plus six members elected at-large by the Representative Assembly. Brown has taught biology at Evanston Township High School District 202 in Evanston, Illinois for 16 years. He worked with students as the Gay Straight Alliance (GSA) advisor to promote classrooms as safe spaces for LGBTQ students, and helped train faculty and staff to broaden those safe spaces. As co-chair of his schools induction and mentoring program, he made student and educator well-being priorities for those critical years at the beginning of an educator’s service. Brown is the former president of his local, the Evanston Township High School (ETHS) Teachers’ Council, and has served on the Board of Directors for both the Illinois Education Association and NEA.  In addition, Brown has represented educators and students on the Illinois State Educator Preparation and Licensure Board. He also currently serves in an essential role on the Board of Trustees of the Illinois Mathematics and Science Academy, a state institution charged with improving science education throughout the state. Brown recognizes the importance of organizing and engaging the entire NEA membership in efforts to make great public schools for every student.  With that philosophy as his primary motivator, Brown’s work at all association levels has focused on developing leaders by providing them with opportunities to contribute to their professional community and the association. Brown earned his bachelor’s degree in biological sciences in 1997 and a Master of Science in Education in 1999, both from Northwestern University. The National Education Association is the nation’s largest professional employee organization, representing three million elementary and secondary teachers, higher education faculty, education support professionals, school administrators, retired educators, and students preparing to become teachers.