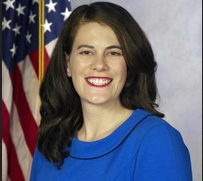 State Rep. Elizabeth Fiedler was elected to the Pennsylvania House on Nov. 8, 2018, representing the 184th Legislative District in Philadelphia. Prior to being elected state representative, Fiedler was a reporter at public radio station WHYY-FM for a decade, covering community affairs and politics. As a journalist, Fiedler spent her days asking tough questions of people in power, and held politicians and other leaders accountable. The best part of her job was helping regular folks in her community share their stories of struggle and success. Fiedler has talked with thousands of people all over Philadelphia and Pennsylvania, and is working hard to make sure that everyone’s voices are heard in Harrisburg. As a mother of two sons, she is concerned for the future of education. Fiedler is an advocate for strong public schools, so that each child, regardless of race, gender, economic class or location, can attend a fully-funded school in their neighborhood. She is working to end high stakes testing that forces educators to teach to a test, and prioritizes respecting teachers with reasonable class sizes, fair compensation, union representation, and timely contracts. Affordable health care also is a top priority. She supports healthcare as a human right, with the goal of supporting legislation on universal healthcare, Medicare and Medicaid expansion, and protecting a woman’s power to make her own choices about her health and her body. She also cares deeply about the environment and clean renewable energy; an economy that supports the needs of regular people, not corporate and special interests; and a democracy and justice system that works fairly for all. Fiedler is the daughter of two union public school teachers, and grew up in rural Pennsylvania. She is raising two young boys on a small block in South Philadelphia. She studied International Relations at Bucknell University.