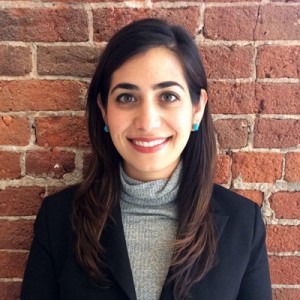 Elica’s work has focused on immigrant rights, national security, nonprofit capacity building, and cross-movement building. Prior to joining Advancing Justice – Asian Law Caucus, Elica worked as the supervising attorney to establish the University of California Undocumented Legal Services Center providing free immigration legal services and know your rights training to mixed status UC students and their families across California. She was the Project Director of the One Nation Initiative at the California Community Foundation (CCF) in Los Angeles where she managed the first philanthropic program in Southern California to support Arab, Middle Eastern, Muslim, and South Asian community civic engagement, policy advocacy, as well as nonprofit capacity building. At CCF, Elica also supported the Civic Engagement Department’s efforts around immigrant integration and immigrant rights. Elica received her B.A. from UC Irvine and Sciences Po, Paris. She received her J.D from UC Davis School of Law, where she was active in the Immigration Law Clinic, Middle Eastern South Asian Law Student Association, and was a UC Human Rights Fellow at the Center for Constitutional Rights. Elica is an alum of the Rockwood Leadership Institute and a 2015-2016 German Marshall Memorial Fellow. She is also the current President of the Iranian American Bar Association Northern California Chapter