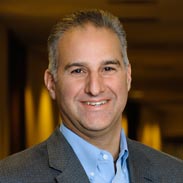 Doug Rubin, Founding Partner at Northwind Strategies, is a veteran communications, political and business strategist. He is currently serving as a Senior Strategist for Elizabeth Warren’s US Senate Campaign and Joe Kennedy, III’s US Congressional Campaign. He previously served in the same role for both of Governor Patrick’s successful gubernatorial campaigns (MA-2006, 2010), as well as for the successful campaigns for Treasurer of Paul Tavares (RI-1998, 2002), Tim Cahill (MA-2002) and Steve Grossman (MA-2010). Doug has also served in senior roles in state government. He spent nearly three years (2007-2009) as Chief of Staff for Governor Deval Patrick, and also served as the First Deputy Treasurer for the Commonwealth of Massachusetts under Treasurer Tim Cahill for three years (2003-2005). Doug is a graduate of the University of Pennsylvania and earned a Masters in Public Policy from the John F. Kennedy School of Government at Harvard University.