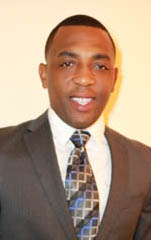 Dominik Whitehead is a political action representative for the American Federation of State, County and Municipal Employees (AFSCME), AFL-CIO. Whitehead started with AFSCME as a political apprentice where he worked in Florida on political and legislative campaigns, and in Wisconsin on the recall Gov. Scott Walker campaign. As a political action representative, Whitehead is responsible for developing, implementing and leading political campaigns and electoral programs that support AFSCME’s goals and objectives of electing lawmakers who support working families. Whitehead has assumed lead roles on many campaigns and projects including: 2014 Michigan governor’s race where he was the get-out-the vote director in the Worker’s Voice Independent Expenditure Program; the assistant manager in the 2015 Philadelphia, Pennsylvania, AFSCME member-to-member program; state lead during the 2015 gubernatorial race in Kentucky; and various roles in Iowa, Nevada, Florida and Pennsylvania for the 2016 presidential primary. Whitehead also lead AFSCME affiliates in Florida and the District of Columbia with lobbying efforts on the state and local levels. Whitehead graduated from Bethune-Cookman University in 2010 where he received a Bachelor’s of Arts in International Studies and completed his Master’s in Public Administration from Florida Agriculture and Mechanical University in 2011. Whitehead attended the Harvard University John F. Kennedy School of Public Policy, Senior Executives in Local and State Politics program, where he completed a certification in government. Most recently, Whitehead was the founder and lead organizer of the Stop DeVos at BCU campaign, which garnered 60,000 petition signers through Change.org and Color of Change. The campaign led the students to protest in collective action, turning their backs to Secretary Betsy DeVos during the commencement speech. He is a native of Portsmouth, Virginia.