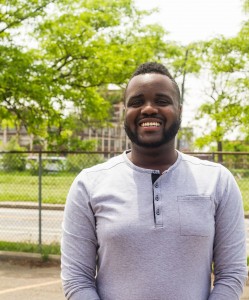 Born and raised in Detroit, MI, Denzel is a Michigan State University alumnus. At MSU, Denzel was involved in student government where he served as a college representative and a vice president of the student body. He also worked on numerous initiatives in the LGBTQ community including serving as the Program Coordinator for the MSU LGBT Resource Center. Denzel has had many positions on various successful campaigns such as field director, finance director, and as a campaign manager. Denzel is currently the Social Justice Organizer with Engage Michigan, where he assists many community groups in Detroit with media and communications. He also serves as the Policy Chair for the Detroit chapter of Black Youth Project (BYP) 100. BYP100 is an organization fighting for the liberation of all black people through a queer and feminist lens. In Denzel’s spare time, he volunteers with the Beygency (an advocacy group for Beyoncé).