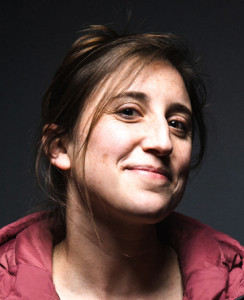 Deia Schlosberg made national news in October, 2016, when she was arrested and charged with 45 years' worth of felonies for filming the #ShutItDown pipeline protest in North Dakota. Deia is directing the docuseries BOOTSTRAPS, currently in post-production, which follows eleven households for two and a half years while each individual receives a basic income as part of a groundbreaking UBI experiment. Deia released her feature directorial debut on Earth Day 2020 with THE STORY OF PLASTIC (Mill Valley/Discovery), subsequently winning the 2021 Emmy for Documentary Writing. Previously, Deia produced Josh Fox's climate change film, HOW TO LET GO OF THE WORLD... (Sundance/HBO), and co-produced AWAKE, A DREAM FROM STANDING ROCK (Tribeca/Netflix), and THE RELUCTANT RADICAL (2018, dir. Lindsey Grayzel). Deia earned an MFA in Science & Natural History Filmmaking at Montana State University in Bozeman, where she directed and produced BACKYARD, which looks at the human cost of fracking and won two student Emmys. Deia was named one of DOC NYC's 40 under 40 and is currently a Film Independent Fellow.