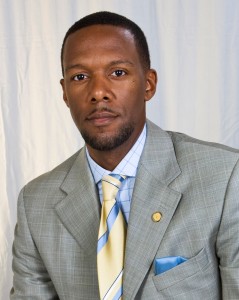 David C. Wilson, Ph.D. is a professor in the Departments of Political Science and Internal Relations, and holds joint appointments in the Department of Psychology, and the Black American Studies Program at the University of Delaware. He is also the Coordinator of Public Opinion Initiatives at the University’s Center for Political Communication. He specializes in political psychology, public opinion and polling, group attitudes, organizational behavior, and survey research methodology. Prior to his work at the University of Delaware, he held senior positions with the Gallup Polling Organization, and worked on several national surveys examining topics ranging from workplace creativity to prejudice in politics. Professor Wilson earned his bachelor’s degree in government from Western Kentucky University, and multiple master’s degrees – MPA (public policy and administration) and MA (political science) -- and a PhD in political science from Michigan State University.