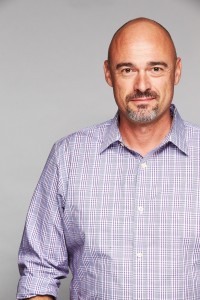 David Braun co-founded Americans Against Fracking and New Yorkers Against Fracking, as well as helped strategize and implement the historic campaign which banned fracking in the state of New York. In 2014, he relocated to California to fight fracking and other toxic oil and gas practices in his home state. Braun has since founded Rootskeeper a non-profit project that educates and trains grassroots activists, and fights the worst practices of the oil industry, mainly in California. Rootskeeper is a steering committee member of Californians Against Fracking, a coalition of over 200 organizations, and also a proud member of the California Environmental Justice Coalition, with strong ties to many grassroots anti- fracking and environmental justice organizations. With Rootskeeper, Braun launched a number of statewide awareness campaigns including Protect California Food, Faith Against Fracking and Oil Money Out, People Power In, all aimed at educating the general public on the deleterious effects of toxic oil and gas extraction methods on our food chain and public health, as well as the industry’s influence on our democracy, respectfully. He produced and directed the short documentary film Faith Against Fracking, which has screened in film festivals and places of worship around the country as an organizing tool.