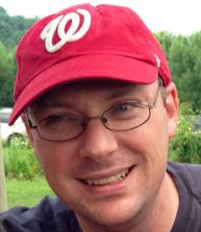 Dave is the Democratic Advisor for the Campaign Tech Services group at Microsoft. He is a specialist in political campaign technology focusing on the Democratic side, having been involved in many campaigns and with multiple vendors in the space. Prior to joining Microsoft, Dave was the Vice President of Client Services at Salsa Labs, servicing thousands of progressive non-profits and their online marketing needs. Before that, he was the Technical Project Manager at Blue State Digital where he acted as liaison to the Obama Campaign in 2008. Dave lives in Arlington, VA with his wife and two daughters. There, he serves in several political capacities, chiefly as a Vice Chair of the Democratic Party of Virginia. He holds a BS in physics, computer science, and math from College of William & Mary and an MS in physics from University of Washington.