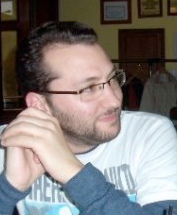 Daniel Mintz is MoveOn's National Director of Coordinated Campaigns, working to get great progressive candidates elected and to make the 2012 elections all about rebuilding the middle class and helping the 99%. Daniel previously was MoveOn's lead campaigner on the economy and before that, he directed MoveOn's research and analytics efforts. He's worked with MoveOn since 2005, and in 2006, was responsible for creating MoveOn's Support Corps--a group of 200 supervolunteers who responded to more than 45,000 requests for tech support during the midterm elections. In 2008, Daniel ran the advertising contest "Obama in 30 Seconds," and headed MoveOn's merchandising efforts, distributing more than 8 million t-shirts, stickers, buttons and posters.