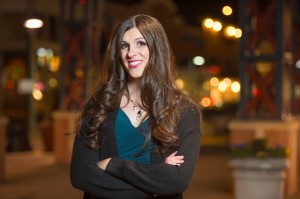 Danica Roem represents the 13th District in the Virginia House of Delegates including the City of Manassas Park, Town of Haymarket, and Prince William County portions of Manassas and Gainesville. Danica is a 33 year old step-mom, lifelong resident of Prince William County, and the former lead reporter of the Gainesville Times. She ran for office to bring a reporter's eye to Richmond and to speak truth to power. Danica’s inspiring and transformative campaign gained national and international attention. Her victory was secured by sticking to the issues that matter most to her constituents, and never shying away from standing up for justice. As the first out transgender woman elected to a state legislature, Danica is blazing a new and unique trail. During her first legislative session this year, she was proud to champion bills important to her constituents, and to help expand Medicaid to 400,000 people across the state of Virginia. She continues to fight every day for her constituents in the 13th District.