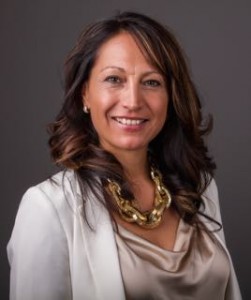 Crystal Echo Hawk, a citizen of the Pawnee Nation in Oklahoma, is a passionate advocate for the rights of Native peoples and has worked in social justice, philanthropy and as an entrepreneur. In 2014, she founded Echo Hawk Consulting. The mission of Echo Hawk Consulting is to create new platforms, narratives, strategies and investment that can help to catalyze transformational change for and by Native Americans. It partners with Native American, philanthropic and diverse multi-sector partners to drive institutional, policy and culture change. Crystal was recognized by the National Center for American Indian Economic Development as its 2018 "Native American Woman Business Owner of the Year. Crystal and Echo Hawk Consulting designed and co-led Reclaiming Native Truth, a $3.3 million project in 2016-2018. It was the largest public opinion research initiative ever conducted by, for and about Native Americans. It mapped the dominant narratives and invisibility that negatively impact Native peoples at every level of society. The findings proved that toxic misconceptions and erasure of Native peoples create harmful biases among critical power holders including Courts, Congress, and across society. Crystal recently founded, IllumiNative, a nonprofit organization, to translate the formative research from Reclaiming Native Truth into action. Its mission is to illuminate the vibrancy and importance of Native voices, stories, and issues in media, pop culture, K-12 education, philanthropy and other key sectors and to challenge the invisibility and negative narratives about Native peoples. IllumiNative is partnering with diverse Native peoples and allies to transform the way Americans and key institutions think about and engage with Native peoples. Crystal received her master’s degree in Social and Political Thought and bachelor’s degree in European History from the University of Sussex at Falmer, England.   You can find her on Twitter @CrystalEchoHawk and on the web at: www.illuminatives.org