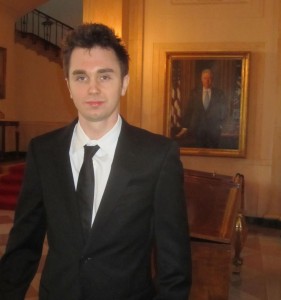 Chris serves as Director of Engineering at AMG and leads development of AMG's media optimization platform with a cross disciplinary team of fifteen engineers, analysts, and media experts. Previously, he led the design and development of the Democratic Party’s state-of-the-art platform for reporting and visualization of media spending, polling, field and other critical campaign data for Obama for America, each of the party committees and other federal campaigns. He also worked as a Fellow at the Social Security Administration, redesigning SSA architecture and software using modern technologies to increase efficiency and save hundreds of millions of dollars a year. Chris has a Master of Engineering in Computer Science and a BA in Computer Science and Political Science from Cornell University. Outside of politics and building cool stuff, he enjoys photography, kayaking, running, and traveling the globe.