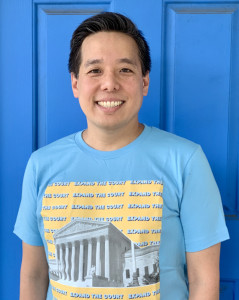 Christopher Kang is Co-Founder and Chief Counsel of Demand Justice, which is building a progressive movement to restore balance and legitimacy to our nation’s courts. Chris served in the Obama White House for nearly seven years, as Deputy Counsel to President Obama and Special Assistant to the President for Legislative Affairs. He oversaw the selection, vetting, and confirmation of more than 220 of the president’s judicial nominees—who set records for the most people of color, women, and openly gay and lesbian judges appointed by a president. Chris also was in charge of advising President Obama on commutations and pardons from 2014 to 2015 and helped spearhead the confirmations of Supreme Court Justices Sotomayor and Kagan, the repeal of Don’t Ask Don’t Tell, and passage of the Fair Sentencing Act to reduce the sentencing disparity between crack and powder cocaine. Chris also has served as National Director of the National Council of Asian Pacific Americans and worked for Senate Democratic Whip Richard Durbin (D-IL) for seven years, as Director of Floor Operations, Judiciary Committee Counsel, and Labor Counsel.