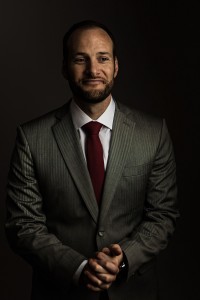 Chesa Boudin's parents were incarcerated when he was an infant and his mother served 22 years while his father may never get out of prison. Chesa overcome early challenges related to his parents' incarceration and went on to attend Yale College and then Oxford on a Rhodes Scholarship. Chesa returned Yale for law school prior to serving as a law clerk to the Hon. Margaret McKeown of the Ninth Circuit Court of Appeals from 2011-2012 and the Honorable Charles Breyer on the United States District Court for the Northern District of California from 2013-2014. Chesa was a Liman Fellow from 2012-2013 at the San Francisco Public Defender where he focused on the intersection of immigration and criminal law. Since then, as a Deputy Public Defender in San Francisco, he has tried dozens of cases and handled over 300 felonies. Chesa has led the office's efforts on bail reform in partnership with Civil Rights Corps, where he serves on the Board of Directors. Their work won the NACDL 2019 National Champion of Justice Award. Chesa has translated, edited, and authored several books. His scholarly law articles cover a range of topics such as direct democracy, immigration, institution building, the rights of children with incarcerated parents, and prison visitation policies. Chesa is currently a candidate for San Francisco District Attorney in the November 2019 election.