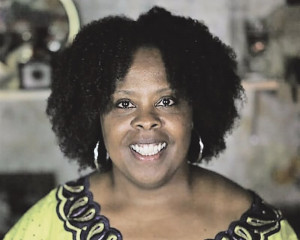 Before moving to Oakland in 2008 Minister Cherri Murphy was the Director of Victim Services in the District Attorney’s Office for 13 years in Charlottesville, Virginia. Since 2012, Minister Cherri has made academic lectures and pastoral sermons throughout the East Bay focusing on the new church, emphasizes combining spirituality and nonviolent direct action principles. After the death of an unarmed black teenager, Michael Brown was shot and killed by a police officer, Minister Cherri re-devoted her life to social change using a theological lens. In 2015 she joined a faith-based affinity group, Second Acts which dares to explores social change with those who have formerly been de-centered creating sacred spaces which imagines a more equitable world. Since Covid 19 She has been instrumental in promoting economic and racial justice around essential worker rights, and defunding the Oakland Police Department campaign. More recently she is a lead organizer for Gig Workers Rising and is also part Of Carroll Fife's For District 3 Campaign in Oakland. Minister Cherri Murphy is currently the Founder of Speak Life Ministries and a Doctoral student at the Graduate Theological Union/Berkeley Theology in Berkeley. Her focus is on liturgical direct actions, specifically how participants combine public worship, art and ritual protests to intimately engage and invoke social change for those who have historically been de-centered. She is also a member and a licensed Spiritual Practitioner at Heart and Soul Center of Light, in Oakland California.